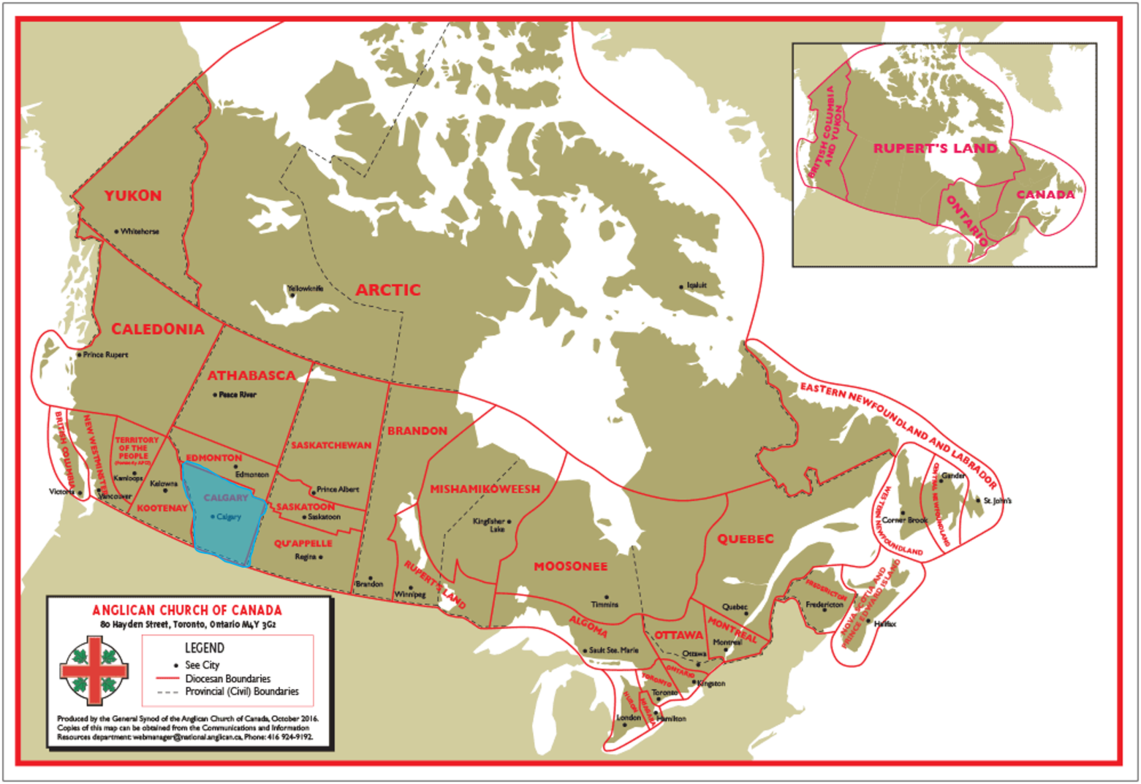 image: The Anglican Church of Canada's map of Canadian dioceses and provinces, from anglican.ca (modified to highlight the Diocese of Calgary)

In the week of 17 July 2022 we pray for The Most Rev. Greg Kerr-Wilson, Archbishop, and the clergy and people of the Diocese of Calgary.

About the Indigenous Bishop of Treaty 7 Territory

Take a tour of parishes, arranged by deanery (geographical areas)

The diocesan cathedral Church of the Redeemer, built in 1905 and created Pro-Cathedral in 1889 and Cathedral in 1949, is in Calgary.

The diocesan newsletter (twice-monthly) for early July is here, and click 'Recent Issues' for other dates.

Do you have connections with this diocese? We'd love to hear about them!