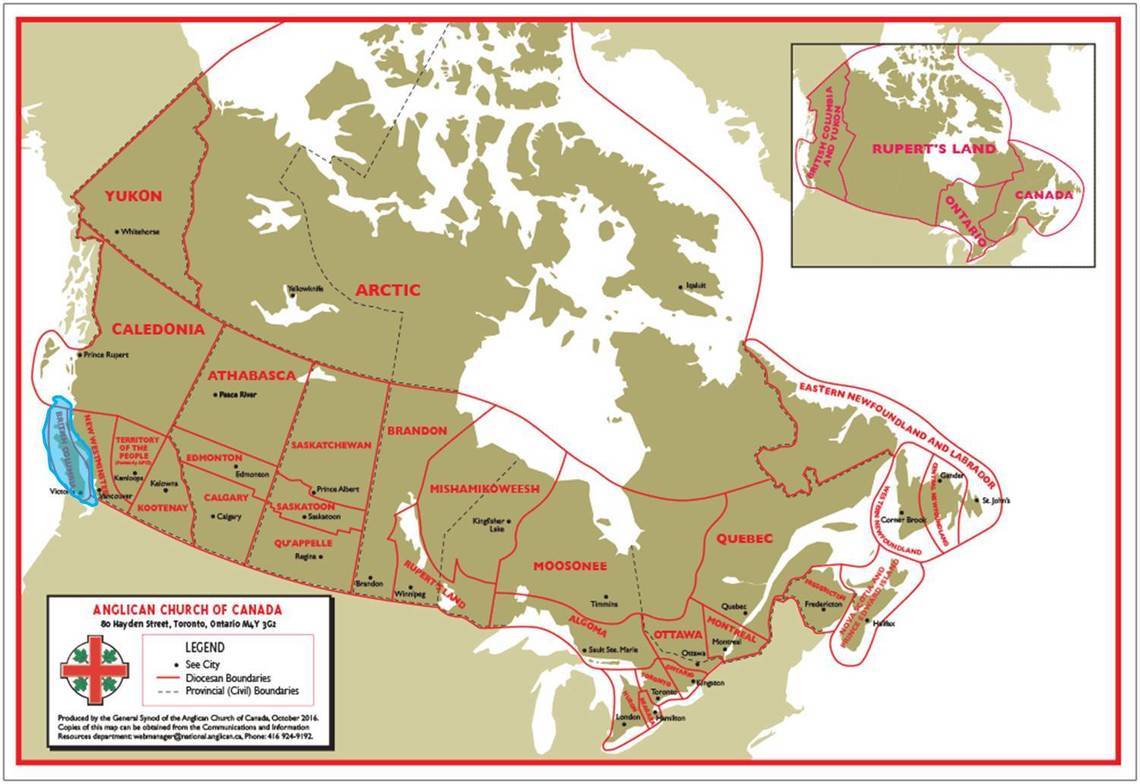 image: The Anglican Church of Canada's map of Canadian dioceses and provinces, from anglican.ca (modified to highlight the Diocese of British Columbia)

In the week of 2 October 2022, we pray for The Rt. Rev. Anna Greenwood-Lee, Bishop, and clergy and people of our own Diocese of British Columbia - increasingly if not officially known as the Diocese of Islands and Inlets.

This week in the Anglican Church of Canada cycle of prayer we also remember Missing and murdered Indigenous women, girls and 2SLGBTQQIA  people and their families and pray for an end to gender based violence.

The diocese is situated in the traditional territories of the Coast Salish, Nuu-chah-nulth, and Kwakwaka’wakw peoples. [map]

Here is a whistlestop timeline of diocesan history.

Here is a list (or four regional lists) of the parishes across the diocese, from Alert Bay to Victoria. Which have you visited? Try a 'virtual visit' via videos from parishes in Duncan, Lantzville and several south Island churches on the diocesan Vimeo site here, as well as from St Columba's Pt Hardy and St Peter's Comox.

The diocesan Christ Church Cathedral is in downtown Victoria.