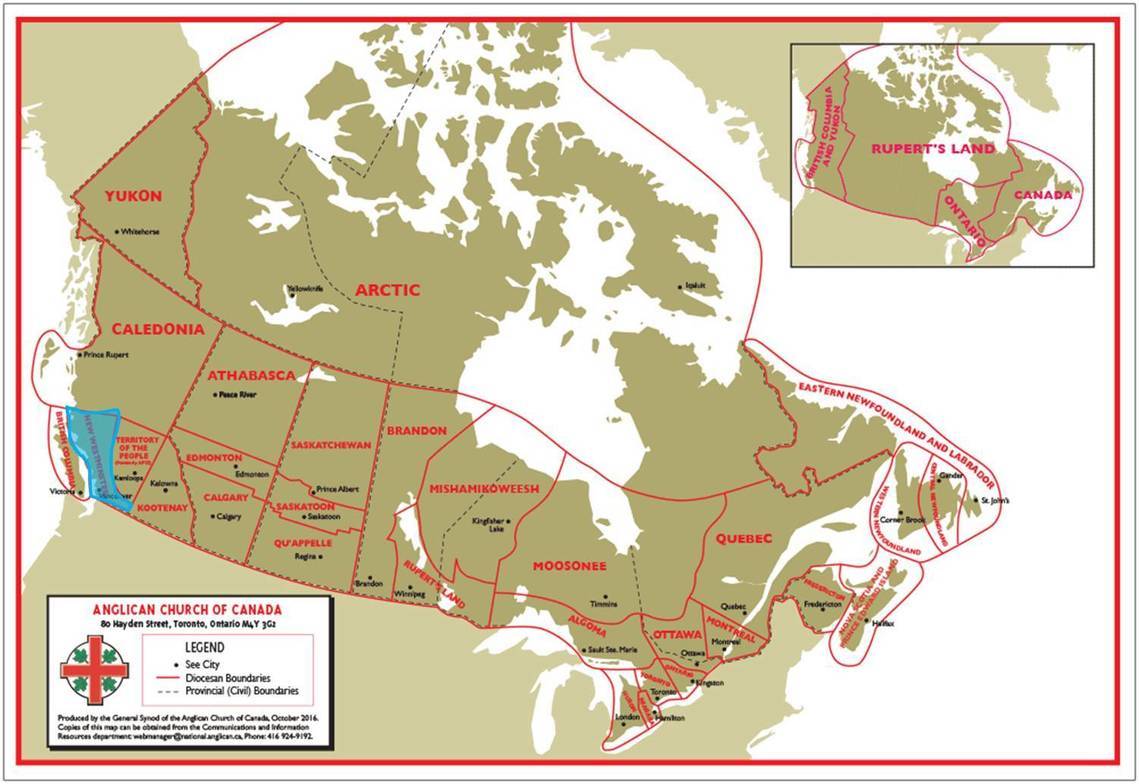 image: The Anglican Church of Canada's map of Canadian dioceses and provinces, from anglican.ca (modified to highlight the Diocese of New Westminster)

In the week of 23 October, we pray for  Bishop John Stephens and the clergy and people of the Diocese of New Westminster.

New Westminster's parishes, like the general population, are concentrated in Greater Vancouver, but extend north up the Sunshine Coast to Powell River and east through the Fraser Valley as far as Hope.

"The Diocese encompasses much of the area commonly known as the Lower Mainland of British Columbia.  It is bounded to the north by the Coast Mountains, to the southeast by the Cascade Mountains and traversed from east to west by the Fraser River which flows into the Pacific Ocean.

"Metro Vancouver, the Sunshine Coast and the Fraser Valley have a population of over 2.9 million people. Over 51% of the population of Vancouver are of a “visible minority”. Over 30% of Metro Vancouver is of East and Southeast Asian descent and 30% of Surrey residents (a Vancouver suburb) are of South Asian descent. While most of our parishes do not reflect the diversity of the region, there are a few multicultural parishes within the diocese.  The Diocese was one of the first in the Anglican Church of Canada to initiate a 'Dismantling Racism' program that is required of all licensed clergy."

The diocese is situated in the traditional territory of more than forty First Nations of the Coast Salish peoples.

The diocese of new Westminster was founded before Confederation, in 1859, when it comprised the entire Pacific Northwest colony of the British Empire. Here is a timeline overview of diocesan history.

Here is a map and list of the diocese's 66 parishes and 3 emerging faith comunities (Salal and Cedar, the St. Brigid congregation at Christ Church Cathedral, and St Hildegard's Sanctuary). 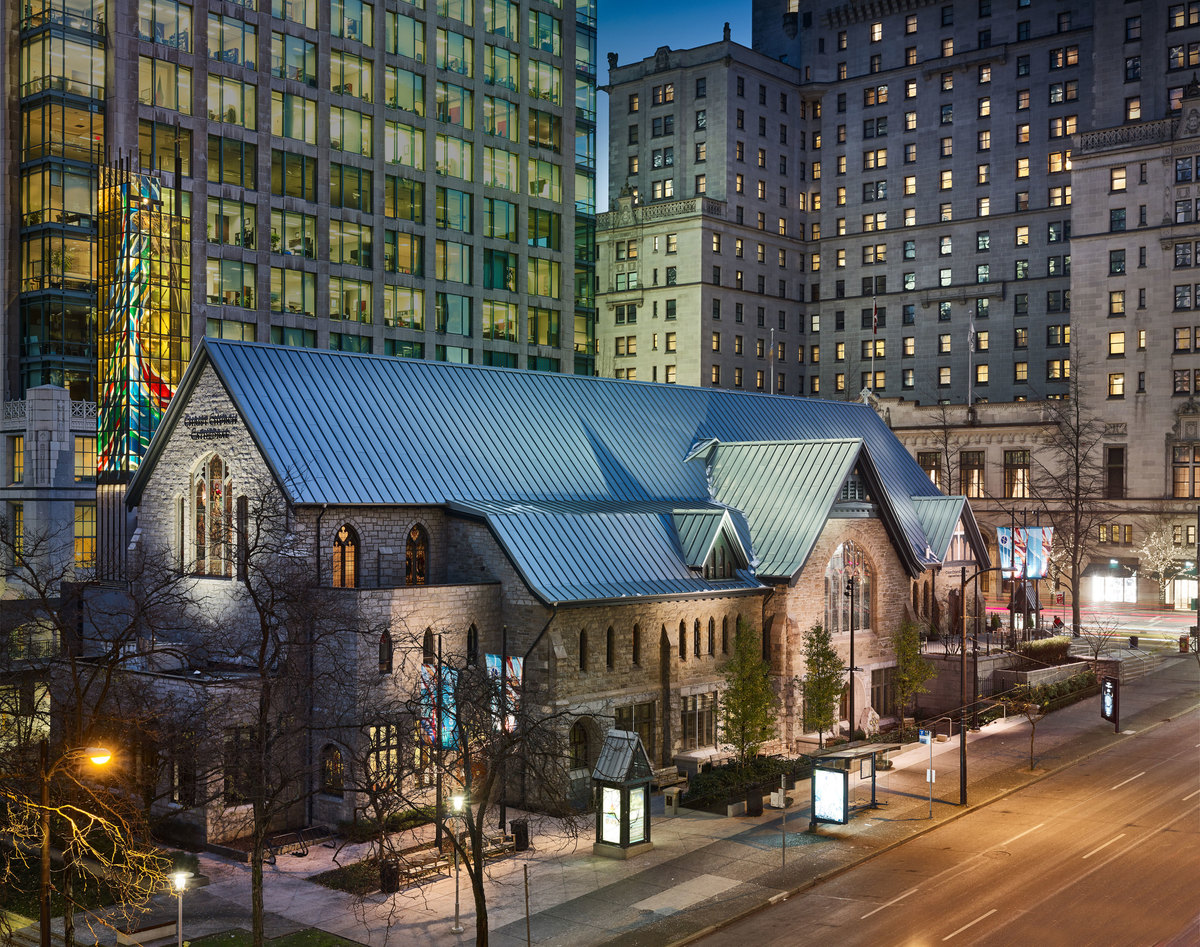 The diocesan cathedral is Christ Church in Vancouver, the oldest surviving building in downtown Vancouver.

The diocesan newsletter, The Topic, is online here (not entirely in order!)

Do you have a connection with this diocese? We'd love to hear about it!