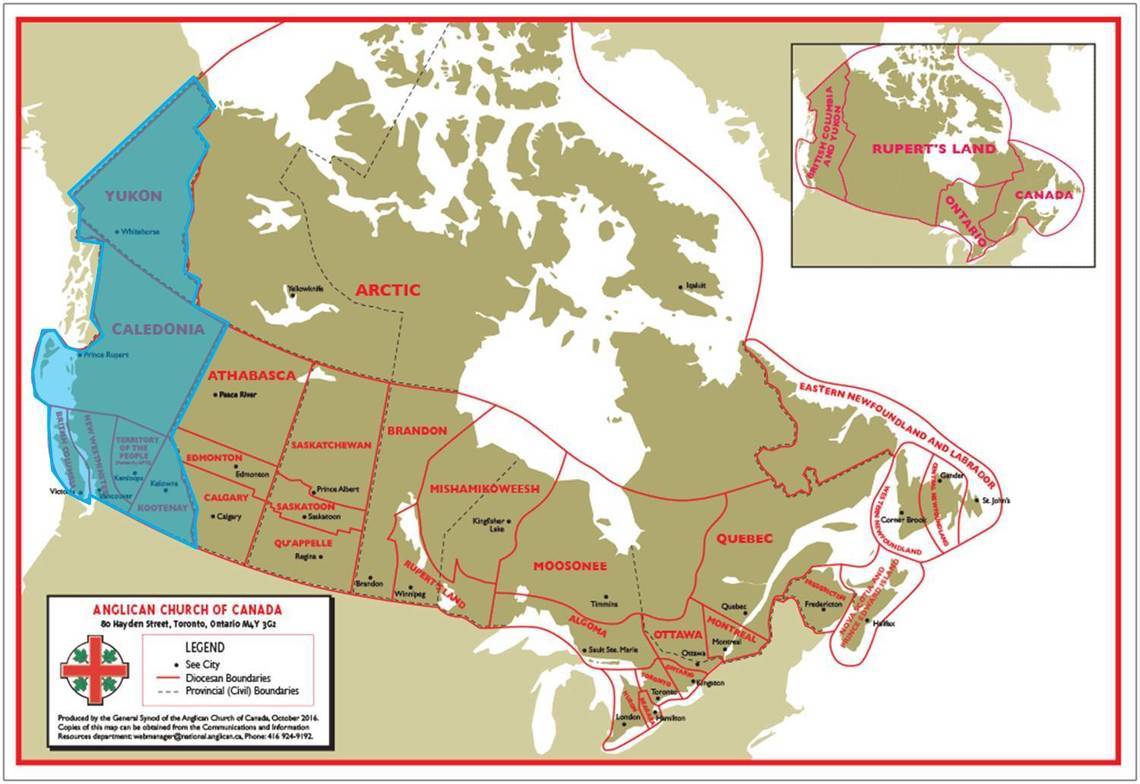 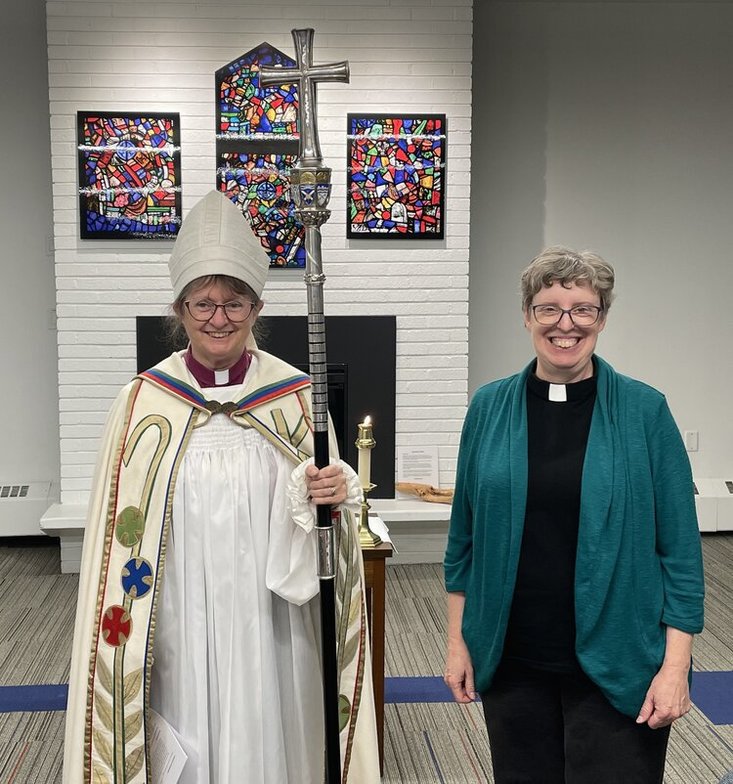 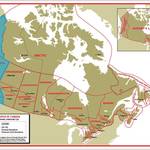 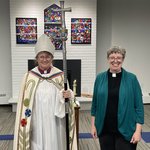 images: The Anglican Church of Canada's map of Canadian dioceses and provinces, from anglican.ca (modified to highlight the Ecclesiastical Province of BC & Yukon); Installation of Met. Lynne McNaughton, from the provincial website

In the week of 11 September 2022, we pray for our own Archbishop, The Most Rev. Lynne McNaughton, Metropolitan, and the people and clergy of the Ecclesiastical Province of British Columbia and Yukon.

Each of the ecclesiastical provinces has an archbishop, who is one of the bishops within the province, and who is elected by the Provincial Synod. They are called “Metropolitans” because in Europe the archbishop is always the bishop of the oldest and/or most important diocese, which is usually quite a metropolis, like Rome, Venice, Paris, or Cologne. In Canada the archbishop can be from any diocese within the province. Provincial Synod meets once every three years, and the Executive Council of Provincial Synod meets twice a year. (This para from Diocese of BC website)

The General Synod of 1908 gave its approval for the formation of an Ecclesiastical Province in British Columbia, which was enacted by canon in 1911.  At the time, the new province included four Dioceses, namely, the Dioceses of British Columbia, New Westminster, Caledonia and Kootenay.

The Diocese of Cariboo, formerly a part of the Diocese of New Westminster, was formed in 1915 and added to the Ecclesiastical Province of British Columbia.  The Diocese of Cariboo was dissolved on December 31, 2001, and as of January 1, 2002 was reconstituted as the Anglican Parishes of the Central Interior (APCI).  Then, at its Assembly in Merritt May 26-28, 2017, it was formally renamed the Territory of the People.

The Provincial Synod "deals with all matters affecting general interests of the Church within its territorial jurisdiction other than those already or hereafter delegated to the General Synod" (Provincial Constitution, section 2). It consists of all Bishops in the dioceses of the province; the Chancellor of the Ecclesiastical Province; two Clerical and three Lay Delegates from each Diocese within the Ecclesiastical Province, [chosen by their diocesan synods]; two Delegates representing the Anglican Youth Movement in the Ecclesiastical Province; and the Prolocutor, the Registrar, the Treasurer, and the  Secretary of Provincial Synod. There may be two delegates nominated by the Anglican Council of Indigenous People (ACIP)." (Provincial Constitution, section 3).

On March 6, 2021, Archbishop Lynne McNaughton was elected 13th Metropolitan of the Province. The Archbishop was officially installed on September 17, 2021 during the 40th Provincial Synod in Vancouver. [source]

Dn Eric Stroo's account of a recent Provincial Synod, held at the Sorrento Centre in September 2018, from Topic, the diocesan newsletter of New Westminster.

At parish level, we don't hear a lot from the ecclesiastical province - perhaps the two most familiar aspects of church life managed at this level are the Anglican Youth Movement and the Sorrento Centre.