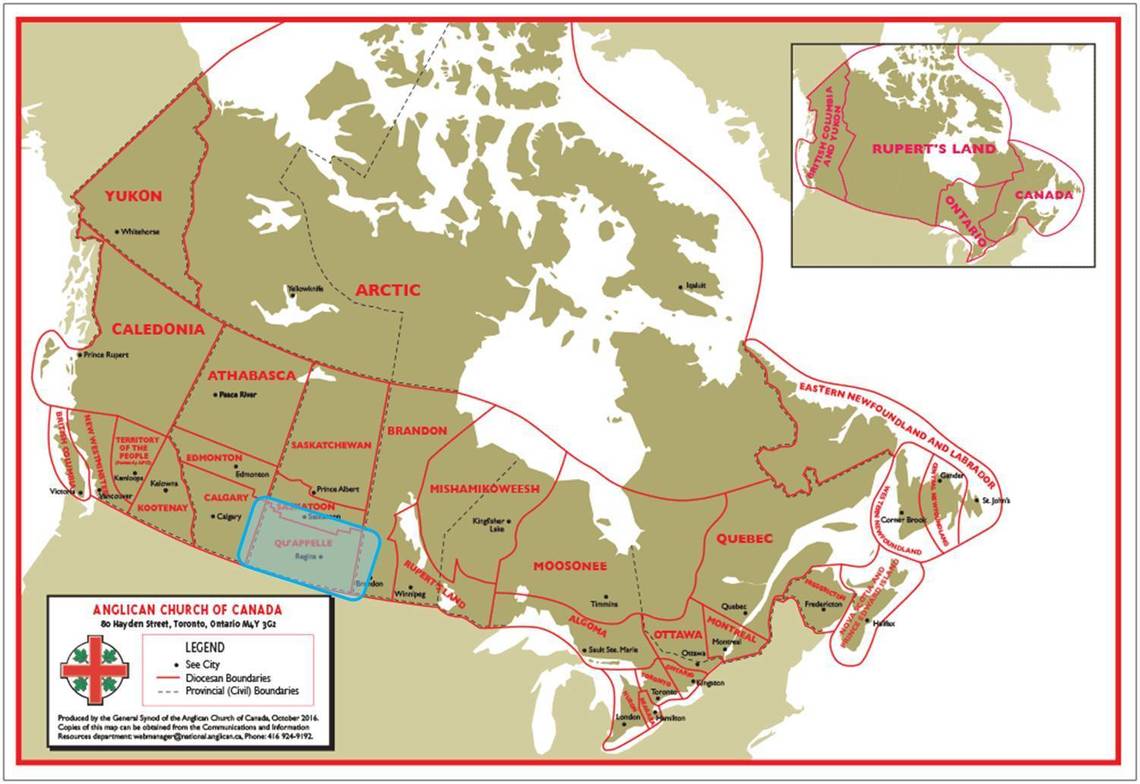 image: The Anglican Church of Canada's map of Canadian dioceses and provinces, from anglican.ca (modified to highlight the Diocese of Qu'Appelle)

In the week of 7 August 2022 in the Anglican Church of Canada's cycle of prayer, we pray for the clergy and people of the Diocese of Qu’Appelle, and their Bishop, the Rt. Rev. Helen Kennedy.

From the diocesan website: 'The Diocese of Qu'Appelle covers the southern third of the civil province of Saskatchewan, and encompasses approximately half of the Saskatchewan population. The cathedral and administration of the diocese is based in the capital city, Regina. Established in 1884, the diocese now consists of 64 congregations worshipping in 33 parishes.'

Here is an introduction to the history of the diocese.

Here is a detailed map of the diocese.

The dioceses of Qu'Appelle, Saskatoon and Saskatchewan share a newsletter, The Saskatchewan Anglican, available here.