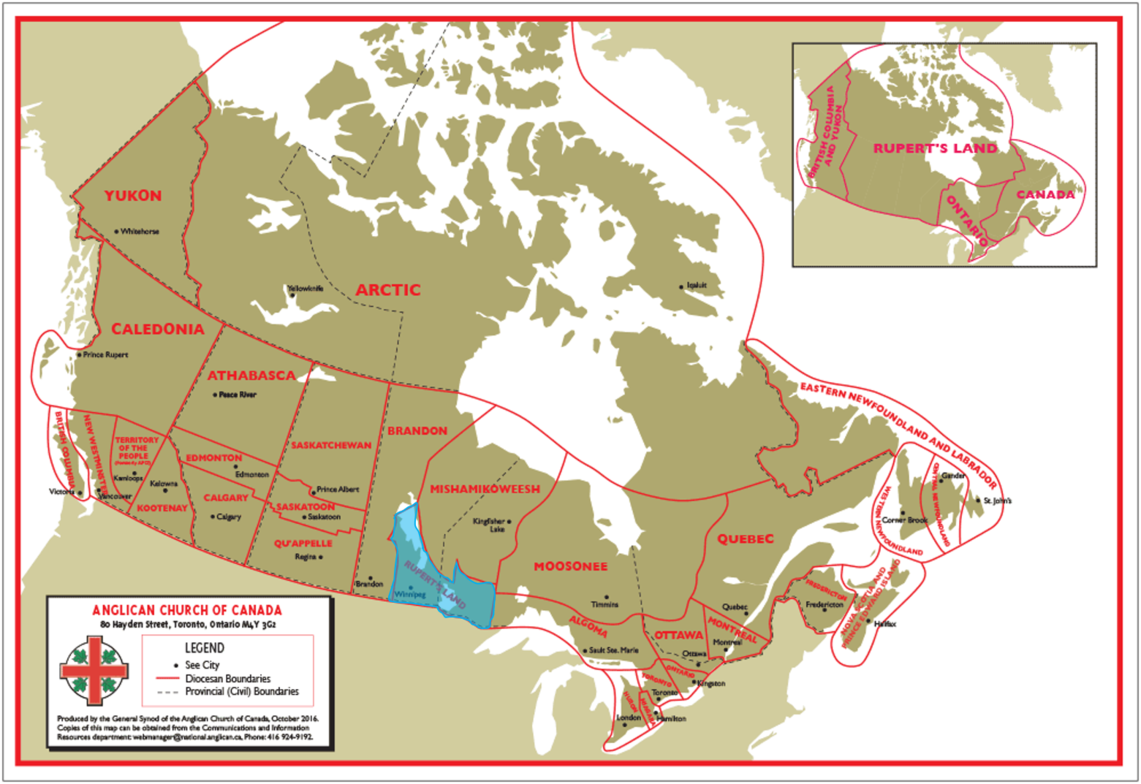 image: The Anglican Church of Canada's map of Canadian dioceses and provinces, from anglican.ca (modified to highlight the Diocese of Rupert's Land)

In the week of 14 August 2022 in the Anglican Church of Canada's cycle of prayer, we pray for The Rt. Rev. Geoff Woodcroft, Bishop, and the clergy and people of the Diocese of Rupert’s Land.

This diocese is one of 10 in the ecclesiastical province of the same name.

"The history of the Diocese extends back to the fur trade and Red River Settlement. It is rooted in a long-standing partnership between Aboriginal peoples and European traders and settlers. Rupert’s Land is where you will find the earliest churches in Western Canada.

"Located in southern Manitoba and northwestern Ontario, the Diocese of Rupert’s Land is bounded on the south by the U.S. border and extends north into the Interlake Region past Fairford. The western boundary reaches into the Pembina Hills and includes Portage la Prairie. On the east the diocese stretches to Sioux Lookout/Atikokan."

Here is an introduction to the history of the diocese [archived].

The diocesan cathedral is St John's in Winnipeg, but Rupert's Land also contains another cathedral, St Alban's in Kenora, formerly the see of Keewatin (dissolved 2015). Take a virtual tour of St John's here!

The diocesan newsletter is the Rupert's Land News, available here.