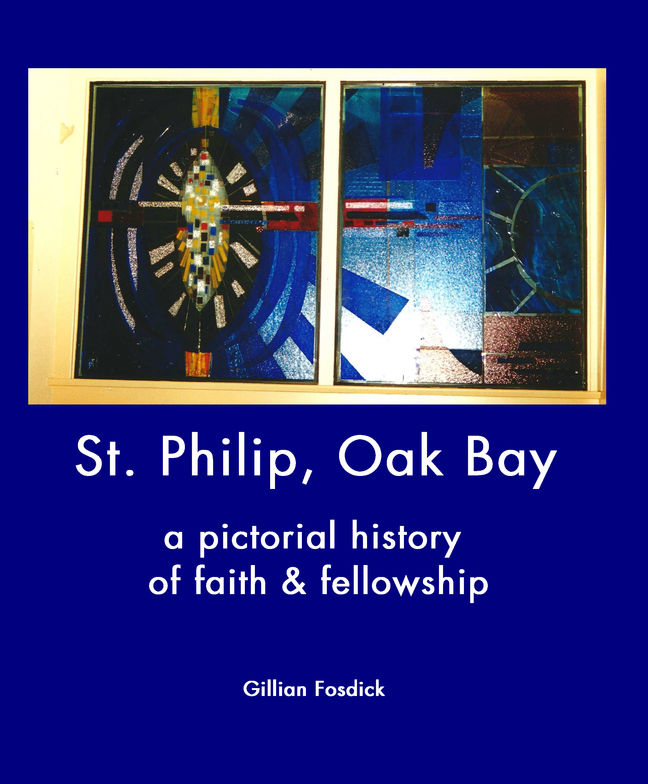 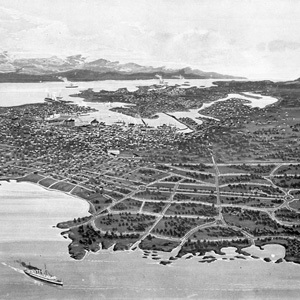 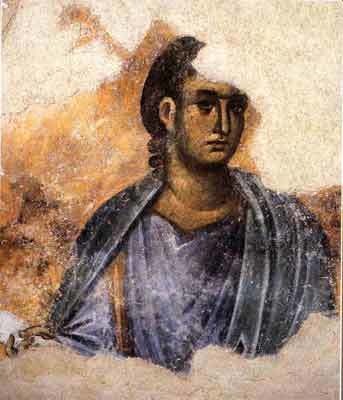 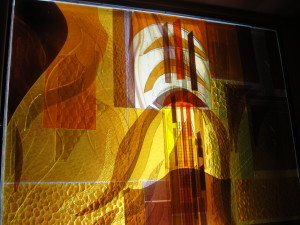 In 1953 three city lots were purchased on the northwest corner of Eastdowne Road and Neil Street. Plans were drafted for the construction of a building to be known as the Carnarvon Church Hall and on January 19, 1955 the Church was dedicated.  In 1956, the name was changed from the Carnarvon Park Mission to St Philip’s Mission, Oak Bay.  In 1960, parishioners petitioned to be separated from St Mary’s. The parish of St Philip’s was independent by 1961 and its church building was finally consecrated on May 1, 1976!

St Philip began as a fairly standard suburban Anglican mission church. Then in the late 1960’s, Charismatic renewal came to St Philip. There was an explosion of energy, vitality, lively music and creativity.

The parish continued to thrive through the 1980’s – maturing into a church known for being welcoming – especially to young families and those from outside of the Anglican tradition; and continued to be home to an active Sunday School, Youth Ministry and to be an important spiritual home to many younger families.

The 1990s saw a deepening of the contemplative ‘stream’ of the Christian faith in the parish life.  St Philip also had to adjust to and explore the parameters of our ability to include people with different ideas and practices in our Christian community. The Spirit challenged the community to examine how open, welcoming, and inclusive we felt able to be.

The ‘s’ in St Philip’s ceased to be used in the 2000s, with the understanding that we are not Philip’s church in the possessive sense of the word, but are more accurately part of Jesus Christ’s Church. Most often, you now hear us refer to ourselves as ‘St Philip Anglican Church’.

The past 60 years have been challenging years in the life of most Anglican parishes in Canada.  This is particularly true on the west coast of Canada where various cultural and demographic shifts –  as well as difficult social issues – have sometimes led to schisms and divisions.

Nevertheless, St Philip continues to thrive and believe in God’s providence and abundance.  We continue to strive to live as passionate followers of Jesus Christ as we constantly listen for how, and to what God calls us in the next phase of our life together.

Philip, our namesake, was one of the twelve apostles, the closest followers of Jesus during his earthly ministry.

As a disciple, Philip gave up everything he had to go with Jesus. For those of us who worship in the church named after him, we are reminded of this call.

What does it mean for us to hear the call of Jesus and follow? What difference does it make to our lives? What things may we have to leave behind to be a faithful follower of Jesus as our Master?

One of the first things Philip did upon heeding the call of Jesus was to share that call with others – “Philip found Nathanael and told him, ‘We have found the one Moses wrote about in the Law, and about whom the prophets also wrote – Jesus of Nazareth, the son of Joseph … come and see’ ” (John 1:45,46). Philip reminds us that our call is not just to be followers, but also to be sharers.

Philip was a practical man. When asked by Jesus, “Where shall we buy bread for these people,” Philip replied, “Eight months’ wages would not buy enough bread for each one to have a bite !” (John 6:5,7). His practicality was at this point however, the enemy of his faith. So, Philip challenges us to ask ourselves if there are times in our lives when the things of this world hinder our trust and confidence in God’s willingness and ability to provide for our needs.

Nothing certain is known of Philip after the resurrection of Christ. It is thought that he preached the gospel in Phrygia and died at Hieropolis in Syria.

Having the name Philip challenges us to fulfill God’s role for us as people of faith. It is a constant reminder of our destiny as those who are to share the Good News of Jesus Christ with the world. May we meet this destiny with joy.

We are proud of our beautiful windows here at St Philip, Oak Bay. The artist, a pioneer in Canadian glass art, Dr. Mary Filer (1920-2016), was a renowned nurse and teacher, a painter and sculptor, as well as an architectural glass designer. She studied, painted, and taught at Universities in Montreal, Pennsylvania, and New York.

It was early on in her nursing career, on staff at the Montreal Neurological Institute, that Dr. Filer first painted nativity scenes on the windows to decorate for Christmas there. In the 1980s her mural, “The Advance of Neurology”, in the Neuro’s main boardroom was selected for Heritage Status by McGill.

Mary Filer was awarded a gold medal in Nursing, and held an honorary degree from Simon Fraser University and the Silver Medal for Architectural Stained Glass by the Royal Canadian Architectural Institute. A respected and honored artist for five decades, Dr. Filer remained a much sought after artist into her eighties, living and working  in Vancouver.

In 1975, Parish Council commissioned Mary Filer to design a series of panels for the windows of the Church’s south wall.

The theme for these windows was taken from an event relating to the life of our namesake, the apostle Philip. In John’s Gospel (Ch.14: 8 &9), Philip poses a question to Jesus, saying, “Lord, show us the Father.” In response to Philip, Christ declared: “He that hath seen me, hath seen the Father … I am in the Father, and the Father is in me.”

Using abstract symbols, the windows are intended as a series of luminations unfolding and emphasizing this revelation. The artist worked with transparent and coloured layers of planal glass to create the mural’s contemporary design. With these 13 panels of geometric shapes of laminated coloured glass, Mary Filer created a piece of work, heroic in scale. Covering the full length of the church, light streams and transforms the image in an exciting and ever changing way.

The design begins with the great Light of Revelation at the Last Supper. This burst of light embodies the idea of the Trinity symbolized in the three transparent shapes; the central cross is Christ in Glory; the left sphere is the Holy Spirit; the upper right square and circle is God the Father and the totality of heaven and earth.

On either side, the contrast of the primordial world and the urban world, in the landscape of Victoria, is suggested through placement of glass and the artist’s use of colour.

As the panels extend to the left, toward the climax of the end windows, the great panorama of the Olympic Mountains, the Gulf Islands, the Sea, and the sweep of Sky, with the Sun and Moon, even the City — is revealed. The symbols on the far right, represent the dynamic, whirling life source – the creative energy of God the Father.

The windows were chiefly the gift of Mrs. MacDougall, honouring the memory of her husband, Major Keith MacDougall. Sharing in the gift were other Church members, offering memorials to loved ones, and too, members of St Mary, Oak Bay, who founded the Parish of St Philip in 1954.

The City of God

The glass work in the south window of the Narthex was donated to this Church community by the artist. On All Saints Day, 1978, Mary Filer dedicated the window art – to the Glory of God, and in loving memory of her parents Grace and Earle Filer.

In this construction, the artist uses the same symbol of the Holy Spirit depicted so effectively in the centre of the MacDougall Memorial Window. The circle in the square represents the unity of the temporal and spiritual world. In the “City of God” window, Mary has used the centre piece to represent an urban form – symbolizing the “Great Within” with entrances in its walls, its boundaries demarcated by the square border which separates the radiant center piece from the symbol of the Fields of God.

The West Window in the Narthex depicts the “Light of God.” In this work, the artist has used vertical and diagonal beams to focus on the “jewel-like” source of creative inspiration. Mary has produced a symbol of spiritual revelation and joy which radiates light from above and within. This window was a gift to St Philip from Mrs. Joy Storkey in memory of her husband Bert.

In 1986, ten years after the first panels were completed, members of St Philip Senior Choir commissioned the artist to do a second design, this time for the windows on the north side of the Church.

The Choir wanted to commemorate their enjoyment of sacred music and chose this as the artist’s next theme. These window panels depict, figuratively, the abstract score of a Celestial Song. The pattern of form and colour has no reference to a conventional musical score, but establishes a lineal measure of Heaven above and Earth below with a song line between the two.