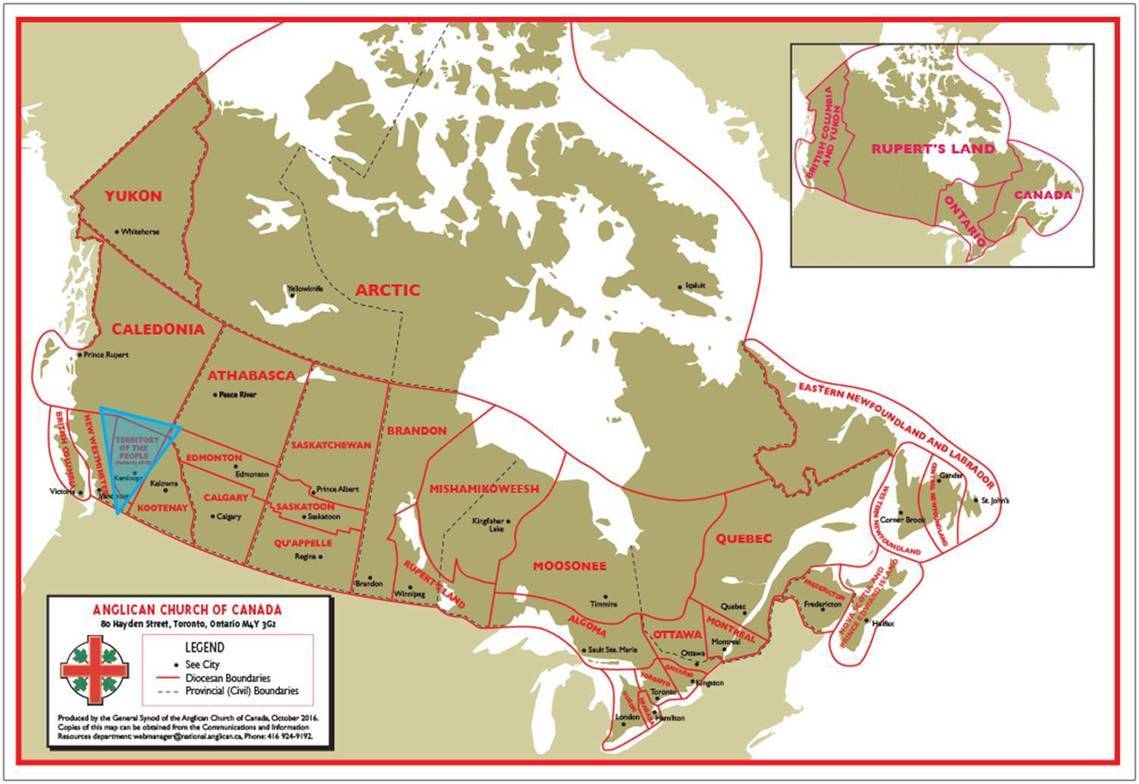 In the week of 25 September, we pray for Archbishop Lynne McNaughton, the Steering Committee, and the people and clergy of The Territory of the People.

Especially this week, and particularly on the National Day for Truth and Reconciliation on 30 September, we remember that Every child matters. Remember the Indigenous children who did not return home  from residential school. We pray for survivors and their families. For truth, healing and  reconciliation.

"The Territory of the People is located in the South Central region of the Province of British Columbia. We span some 166,500 square kilometers which stretch from Prince George in the north to beyond Merritt and Boothroyd in the south. This is about 10 hours driving north-south. The Territory was formed in 2016; previously we were called the Anglican Parishes of the Central Interior (APCI) formed in 2002 after the cessation of the Diocese of Cariboo. The Diocese of Cariboo ceased operations after the exhaustion of resources resulting from litigation and financial settlements to survivors of abuse at St. George’s Indian Residential School in Lytton, British Columbia.

"The process to be recognized by the wider church as a Territory rather than a Diocese came out of our deep commitment to the Indigenous people of our area and our commitment to walk together to healing and reconciliation.

"The Territory of the People (Anglican Church) was incorporated under the BC Societies Act on August 10, 2017... The Territory is a recognized Anglican Institute with the status of a Diocese with the ability to elect a Bishop and delegates to General Synod in its own name. "

The Territory of the People is part of the grouping of financially assisted dioceses through The Council of the North. It is comprised of almost 900 households in 33 churches, served by 18 clergy, 50 lay ministers and a number of Pastoral Elders.

Have a look at the diocese's 33 churches, which include several shared ministries and, unusually, two seasonal ministries. At Sun Peaks ski resort, a team of lay people holds a prayer service for the skiing public each Sunday through the winter ski season, and at Barkerville Historic Town and Park living history museum, an Anglican theological student continues in the tradition of the Rev. James Reynard, offering daily services in St Saviour's church and tours of the historic cemetery throughout the summer.

This far-flung diocese of small parishes is supported in its spiritual development throughout the liturgical year by the dedicated librarians at its resource centre in downtown Kamloops.

The diocesan newsletter is the Territory Bulletin (successor to the Anglican Link), published here